The Role of Intention in a Family Office (with Rob McLaughlin) 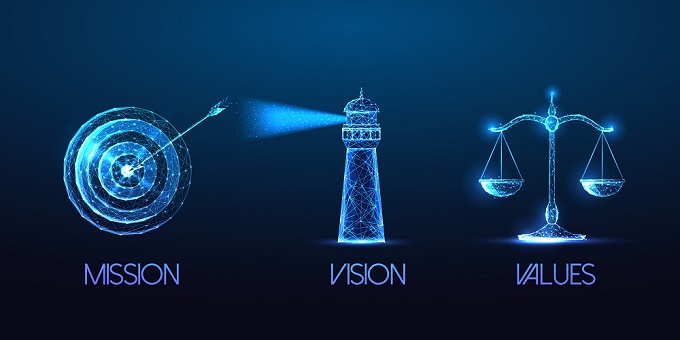 Listen to the Bigger Than Business Podcast’s interview with Rob McLaughlin on your favorite podcast providers!

How do you decide if you need a Family Office? What goes into building one that will truly serve your family’s needs? What role does intentionality play in its design and success?

Listen as our guest shares with us how a commitment to shared values created a need for a Family Office to steward his family’s resources in a way that impacts not only generations of family members, but an entire community, as well, and how communication and clarification of objectives helps maintain trust, respect, and good dynamics within the family.

Rob McLaughlin worked his way from District Sales Manager to Senior VP of Sales and Marketing in Advance Food Company, the business his father David co-founded in 1973.   When the family sold a majority interest, they recognized a need for a more formalized structure to manage the assets, and Rob stepped up to lead what became Square Deal Capital to steward the family’s assets after the sale. Rob earned a BBA in Marketing from Texas Christian University’s Neeley School of Business. He has served on the boards of the Regional Food Bank of Oklahoma and Westminster School and currently serves on the boards of Watermark Bank, i2E Management Company, the McLaughlin Family Foundation, and Young Presidents Organization OKC. Rob enjoys escaping to the mountains with his family and watching and playing sports with his sons. He and his wife Chrissy live in Oklahoma City, Oklahoma, with their sons, Michael & Kyle.

The Role of Intention in a Family Office

No matter the size of your business – whether it’s a sole proprietorship, a large or small business, or even a family office – intentionality in what you do and why you’re doing it is critical to achieving great results.

Why Do You Do What You Do?

That’s the foundational question that Rob McLaughlin has used in both growing his family’s business and then managing the capital they received upon its sale. Intention is what drives their investing, giving, and the livelihood of coming generations of McLaughlins.

However, he’s quick to point out that applying it is an evolution that takes time.

“We didn’t start from day one with the vision, mission and values for our entire extended family already established,” he recalls. “We’ve been through facilitated strategic planning, but again, that was intentional, too. However, we did ask, ‘What are we trying to accomplish? What do we care about?’”

That intention is what brought the entire extended family of parents and siblings into agreement to form a family office, rather than go their separate ways.

In the great grandfather who founded a precursor grocery business, “we clearly saw a commitment to hard work and helping others. The store was named ‘Square Deal’ which came from Teddy Roosevelt’s program of the same name with the intentions of 3 C’s: Consumer Protection, Corporate Control, and Conservation of Resources.” That same desire for controlling one’s destiny is what drove his father to start the family business in 1973.

Those tenets later informed the intentions of running the family office.

“Protecting the family from liability, centralized control of the family assets, and conserving and stewarding the investments.”

While running a division at Hormel Foods in the early ‘70s, a coworker of Rob’s father Dave asked that question, remarking that they were all just pieces on a checker board being moved around by those above them.

“Somebody was telling him where to be, what to do and he had little control. That really stuck with my dad and planted a seed. When he and Paul Allen (who also managed the division) realized how much they contributed to Hormel compared to their compensation, they began to think. ‘We’re on track to become VPs and maybe make $50k/year, but we’re not going to be happy doing that. Can’t we go make something for ourselves and do better?’”

Thus began the legacy of the company they started and built, Advance Foods, that now constitutes the family office and its divisions which gave rise to the family mission statement.

“The McLaughlin family mission statement,” Rob shares, is “empowering family to thrive and achieve fulfillment in their chosen pursuit. This is going to provide them some resources at some level, but they’ve got to go figure out what they’re going to go do. I mean, what makes them happy, what do they feel is their calling? So that’s what the family office is here to help support and fuel, them fulfilling their calling. You’ve got to have something that gets you up in the morning.”

In our conversation you will also learn about: