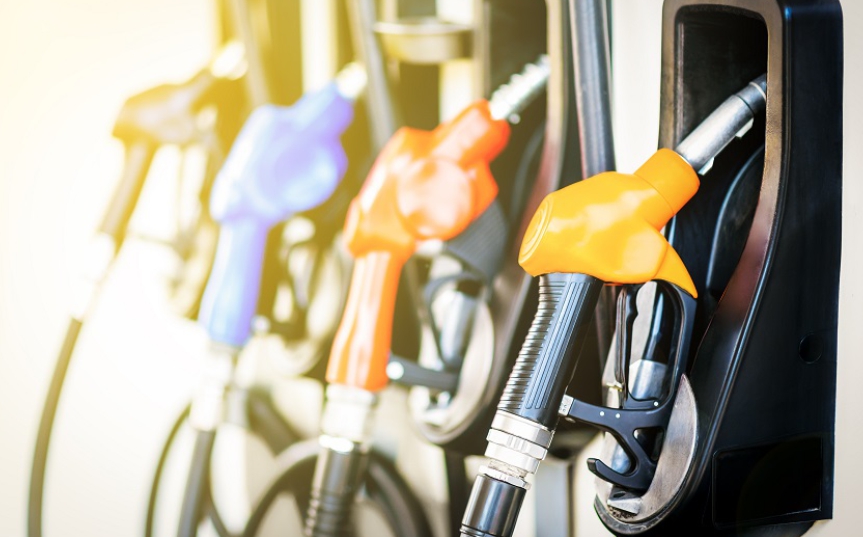 How do you go from driving fuel trucks to building a very successful convenience store chain and real estate development and management company, and how do you use your “dash” to succeed?

Rusty Shaw was headed to dental school when his father approached him about becoming an oil jobber in his fledgling company in 1970. With little more than faith in the company’s potential, Rusty grew a fuel distribution business into a successful convenience store chain and real estate empire. Listen as Rusty explains what his “dash” is, and how important it is to succeed in life and business.

Rusty Shaw credits his parents for teaching him the value of hard work and giving him a great deal of freedom to make decisions and experience their outcomes, good or bad, which served him well in learning how to run a business. Rusty is married to Peggy, and he has enjoyed helping his nieces and nephews complete their education. Giving and contributing to his community is very important to him, and he enjoys donating to his hometown of Stillwater, OK, and Oklahoma State University, where he is the 47th all-time giver.

Dealing in the Dash of Life

Rusty Shaw’s highly respected reputation precedes him, and why not? As business owner of Shaw’s Gulf, Inc., the long-time, successful commercial real estate development company in Oklahoma, Rusty has established a legacy of purpose and productivity and as an entrepreneur. That was built upon from Rusty’s previous strategic leadership as majority owner of the innovative and growing OnCue convenience store chain.

It all started when his father, who founded Shaw’s Gulf, Inc., originally a wholesale fuel distribution company, approached him in 1970 when Rusty was off to dental school. “He wanted me to come home and get into the business. His words were, ‘It’s not very big, but it has lots of potential.’ At the time, the company was worth about $60,000 and my dad and brother had worked very hard together to build the company,” Rusty said. “It had been a tough road, but they were there.”

Rusty decided to go home, and he never went on to fill any cavities. “At that point in time I had all the liberal arts credits for a dental degree, but I didn’t have a business degree. My agreement with my dad was that I needed four semesters to go back to OSU [Oklahoma State University] and get my business degree while I worked with him,” Rusty said. “I graduated in 1972 and started in the business on a full-time basis. The income was very meager. We were a fledgling company.”

But the potential was indeed there, as Rusty discovered. “If you think back to ’74-’76, there were gasoline line shortages,” he said. “During that time frame, we started making some money. We rocked along, and in ’76 we took on a company called QuikTrip in Tulsa.” Rusty opened up one of the first truck stop/travel convenience stores so common along today’s highways, and its success helped set the stage for expansion. “I would drive up and down the interstate for 25 miles to see what the competitors were doing,” Rusty said. “I took what I had and started coming up with lanes of diesel around the back, and sales store and sales areas for convenience store goods.”

Rusty’s hard work and determination earned his father’s admiration and commitment. “My dad looked at me and said, ‘I’ve been watching you start early, stay late, and work. You are smart about what you do, and I want you to know I’ll be alongside of you.’”

In my next podcast, Rusty talks about how the family business transitioned out of the fuel distribution business to become a real estate development company while the convenience store business ultimately became OnCue. Rusty will also describe how he made sure the convenience store operations were right so they could feed the real estate development efforts, and he’ll share his insights on how successful business owners should evaluate what they can withstand so they can survive and thrive in a competitive marketplace if something goes wrong.

When it comes to his legacy, Rusty describes what he calls the “dash in life.” It’s a concept popularized by a poem by Linda Ellis called “The Dash.” It’s about a man who spoke at a funeral and told of the significance of the “dash” between the dates marking the beginning and the end of a human life.

“There were some disappointing times in there … times I went forward and times I fell back, but when you net it all out, I got the dash in life. I got to meet all these people, go all these places, go all over the world, and do all these things,” Rusty said, adding, “I’ve got nieces and nephews and people out there. What I want them to do is go see what they can do in life. I want them to have a dash.”

What is bigger than business for Rusty Shaw? “I got up every day trying to do better today than I did yesterday. There was a time in my life where my father and my mother were trying to do something, and I would just go ahead and do the opposite. I was really dumb,” he admitted. “Somewhere around 20 or 21 years old, I started to listen. That made me get up every morning and stay late every evening and learn. Every day got better if I got up and did something.”

“You need to enjoy what you do,” he said. “There were days that I was behind the eight ball and it didn’t work as well as I wanted, but that is part of that dash. Do something that inspires you.”