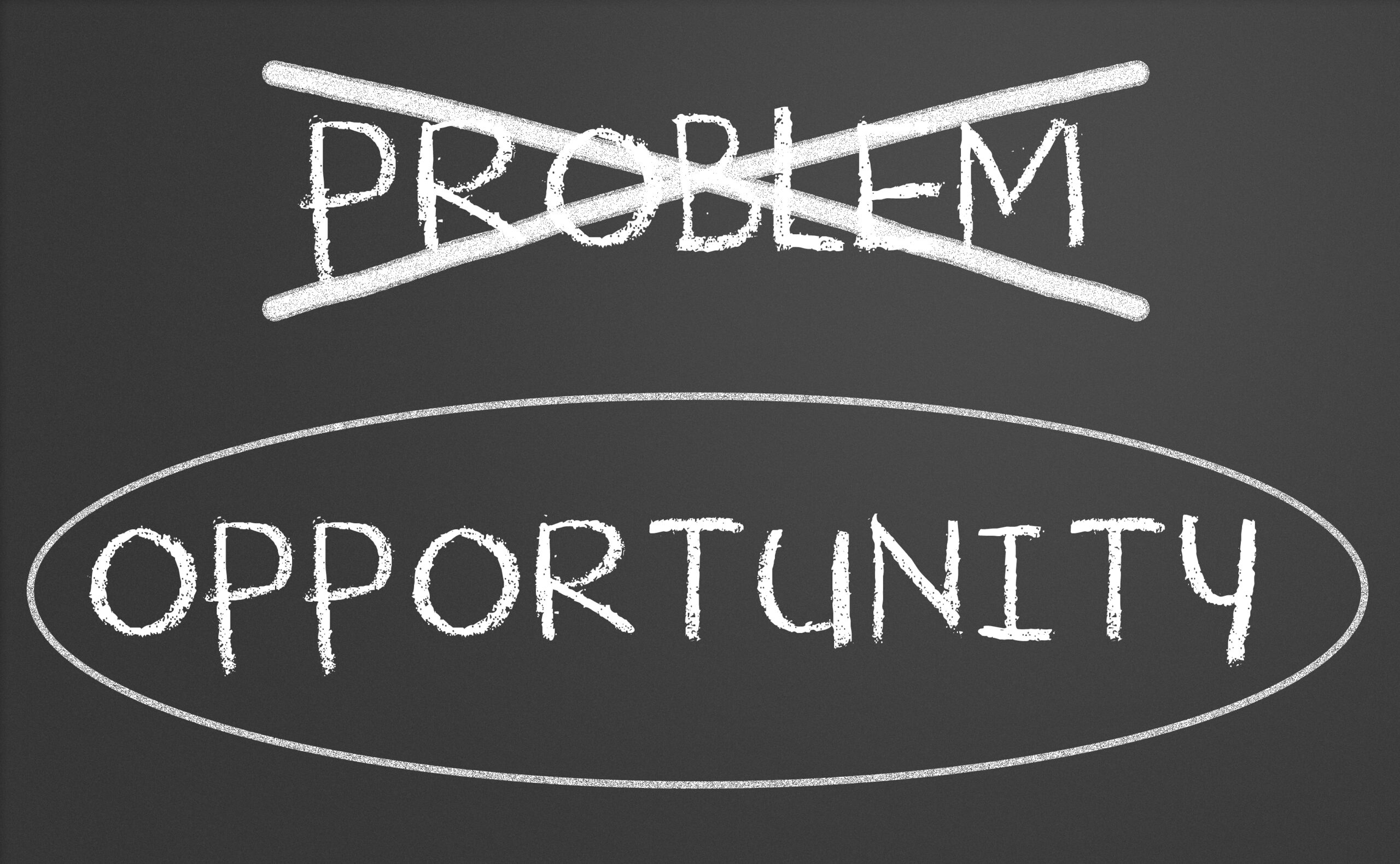 What kind of mindset and attitude does it take to prevail over racial strife and a stuttering disorder to become a respected attorney who serves on many prestigious boards and committees? How can the lessons of one man’s past apply to today’s tense climate?

Bill Mahomes grew up in a small Texas town during the Civil Rights era and was not prepared for the racial and academic adversity he would face becoming one of the first black cadets in the Texas A&M Corps. Despite the struggles he faced, Bill was not only the first black student to graduate from the Corps, he also went on to earn a Juris Doctorate, serve as a Captain in the Army Reserves as a member of the JAG Corps, and start his own law firm.  Bill has served as counsel to the Federal National Mortgage Association and was appointed to serve on the Texas A&M Board of Regents by Governor Greg Abbott. Listen as Bill shares how he pushed through the challenges of life in the corps, racial tensions, stuttering, and academic hardships by working to truly understand the people around him. Learn why you have to give respect to get respect, and how having empathy for others, and not judging too quickly, will not only help you individually, but help others around you do their best, too.

Bill Mahomes has more than 30 years of experience as a public finance, real estate and transactional lawyer. He has been involved in negotiating numerous contracts and public agreements between political bodies and their respective projects, including public hearings, professional selections and financing. Mr. Mahomes was appointed to the Texas A&M Board of Regents by Texas Governor Greg Abbott in 2015. He currently serves as the Chairman of the Committee on Buildings and Physical Plant and as a member of the Committee on Audit. He also serves as a liaison to the Texas A&M University Corps of Cadets and System Military Training Programs. Mr. Mahomes was appointed by Texas A&M President Michael K. Young to the newly formed Commission on Diversity, Equity and Inclusion, where the Commission will look at data about diversity and inclusion at Texas A&M; examine whether university policies are consistent with its core values and mission; gather opinions from current students, alumni and faculty; and review the campus culture and its impact on minority communities.

How ‘Taking the High Road’ Became a Way of Life

How does someone with a lifelong speech impediment go from a tiny town in East Texas to sitting on influential boards of directors and advising the decision makers? What guides a man through the racial discrimination of the 50’s and 60’s and prepares him to advance initiatives today for social justice, economic inclusion, and closing the racial wealth gap?

Bill Mahomes was raised with a family motto that advocates “the next generation will be better off than the last.”

However, don’t let the simplicity of that guiding principle mislead you. There’s no loophole or asterisk, even though it was originally voiced in an era of hardship and discrimination that might deliver numerous reasons for anyone to not live up to it.

The fulfillment of that motto in Bill’s life is something that no one can argue with – just read his bio and accomplishments. After spending time in conversation with him, what I admire most is the mental strength that was required to attain those achievements.

In hearing his story, I am struck by how seldom Bill dwelled on the full scope of the challenges he faced. Instead, he continually steered his energies toward what he wanted to achieve. This singular focus seems to be the key to his success.

This, despite being plagued by stuttering from a young age.

Bill recounts once giving a speech after which a 10-year-old audience member approached him to ask if he had always stuttered.

“No,” Bill mused, “only since I started talking.”

That sense of humor reveals the man who never allowed his speech difficulties to hold him back. In fact, the challenge seemed not only to propel him, but also prepared him for the future.

“As a child, it was a personal embarrassment to not be able to speak like others,” Bill recalls. “I decided at one point, rather than to let it hold me back, that I would do as many things as I possibly could to overcome it. But if I could not overcome it, then I still wanted to contribute to my school and my own life in a significant way. So, it actually drove my behavior in many ways. It did in college, and it still does.”

However, the challenges in college were more than just embarrassment.

“I was a bit naïve and quickly discovered that college was much more difficult than I anticipated. I had excelled in high school. I was second in my class and even President. But it was a segregated school and that turned out to be a real handicap.”

Bill came to realize that the segregated schools he had attended taught to a lower standard and had reduced expectations of their students.

“We weren’t even sure when we would have textbooks. We had to wait until they were passed down to us from the White schools, and sometimes there weren’t enough. We didn’t go around complaining, we were just happy for whatever we had.”

In addition to the academic divide, he was also seeking his higher education at Texas A&M University when it first began allowing Black students. This was during the early Civil Rights era in which many people not only disagreed with integration, many overtly opposed it. Just trying to physically go to school was a struggle.

“Race was probably the most prominent issue that we had to face. There were many people who did not want to see me there, and they raised all sorts of artificial barriers.”

“But look, everyone on both sides had gone to segregated schools. No one knew exactly how to deal with the fact that the races were starting to come together. We didn’t have some manual that told us all how to navigate this. So the lessons everyone had to learn were at the expense of us Black students.”

However, this wasn’t Bill’s first time facing adversity, so he already had an approach for dealing with it.

This led him to a method for making it through, day by day.

“I always tried to give people around me, my fellow students, the benefit of the doubt. I would try to find something good in everyone. But many days there were still insults or names called. Those things can stick with you.”

However, Bill decided that he was not going to allow that to happen.

“Every night I would release everything that had happened to me that day, almost as if it did not happen. I would start the next day fresh and anew, without a chip on my shoulder and I didn’t hold grudges. I had enough to deal with rather than trying to hold onto spite for someone because of something they said. If I did that, I would feel like they had won and I wouldn’t be able to accomplish my goals. So, no matter what happened, I could act as if this is a new day. That was the way that I was able to thrive.”

This perspective, not dwelling on what was said, resulted in a new approach to relating to people.

“In the Corp of Cadets, if you made it through, it was a real accomplishment, regardless of race. I didn’t concentrate so much on what people said, I wanted to know who they were, why they thought the way they did. As I shared my thoughts with them, and as we got to know each other, we came to feel that we were in this together. People who once had told me to go home actually became friends and apologized for things they had said in the past.”

Soon barriers began to fall and a sense of cohesion developed.

“A group of us Freshmen Corpsmen went out for dinner to celebrate having graduated our first year. But when we got to the restaurant, the owner said I wouldn’t be allowed in. The white men could eat there, but not me. I told the guys to go ahead without me, that I was used to this, and I turned to walk away. To my surprise, they all left with me and insisted we find somewhere else to eat where we could all be together. That was very moving for me and often gave me strength throughout my time in school.”

Bill shares much more in our interview about how he was determined to stay at Texas A&M to improve the situation for the Black students who would follow him, and serve as a role model for others from his home town of Lindale, Texas.

I also wanted to hear Bill’s insights on the current movement for racial justice in the country and social unrest that has been witnessed.

“I’m saddened that we are still facing some of the same issues that I had hoped we would have made more progress on. But I’m encouraged that more is being done right now than in the past, because of some of the more egregious acts that have forced us to realize we are all in this together. We’re all going to need more empathy and appreciation for each other. More inclusion is also needed, because many Black people are not necessarily in positions to be heard.”

Beyond all his accomplishments to date, I’m most impressed by Bill’s current efforts and future plans. He is currently involved in initiatives on social justice, economic inclusion, closing the racial wealth gap, and opening access to capital. To learn about all these and more, I strongly encourage you to listen to the rest of my heartwarming conversation with Bill Mahomes.

Listen to the Bigger Than Business Podcast’s interview with Bill Mahomes on your favorite podcast providers!