Home  / Podcast Interviews  / From Living Lean to Joyful Success: How Passion and Attitude lead to Fulfillment (with Larry North)

From Living Lean to Joyful Success: How Passion and Attitude lead to Fulfillment (with Larry North) 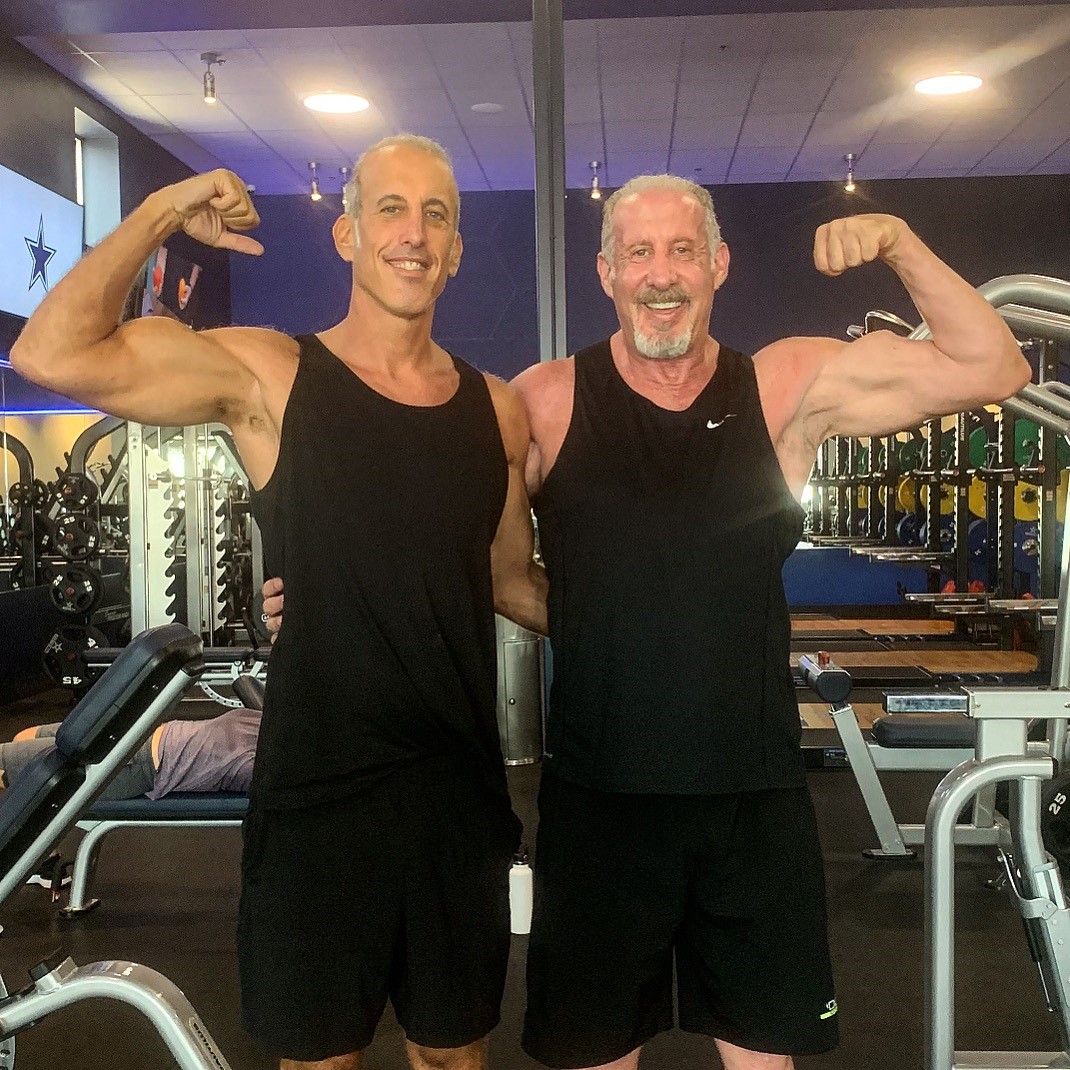 How do you go from living on 10¢ hot dogs to becoming a global fitness icon? What does it take to rise above a troubled childhood to build an empire that has helped millions around the world?

In our second podcast with Larry North, owner of a successful chain of fitness gyms, radio personality, and best-selling author, he shares with us the stories of his childhood that shaped the trajectory of his life from being broke and on-the-run to a becoming an admired and respected business owner. Listen as Larry relates to us how a desire to help others, and a strong work ethic forged by the circumstances of his youth, turned his life around so he could become a successful entrepreneur who proves that visualizing what you want will help you achieve it, that passion makes you memorable, and a “happy to do it” attitude leads to fulfillment and a life rich in relationships with others.

Larry North is a household name in fitness, health, and weight loss. Born in NY and raised in Dallas, Texas, he started his first business in 1981 at age 20. His media career started shortly after that with talk radio, where he performed for over 25 years. His best-selling infomercial, the Great North American Slimdown, became one of the most popular weight loss infomercials ever. Larry has also made hundreds of TV appearances and is the author of three best-selling books. Larry openly encourages people to contact him through his social media and email address.

How can you visualize success when it feels completely beyond reach? Can you hold your vision even when others doubt your abilities? And is it possible to be happy even in the darkest of times?

Larry North’s family legacy is one of both entrepreneurship and poverty. What I admire most about his story is that Larry chose which of those possibilities he wanted to experience in life. He then pursued it through hard work, passion and positive visualization.

Even though they never met, the entrepreneurial track was modeled by Larry’s immigrant Grandfather, who became a successful gold and diamond broker in Manhattan. However, he was murdered at the age of 32, leaving his widow and son, Larry’s father, struggling.

“My father grew up on the streets of Brooklyn and became a compulsive gambler. By the time my brother and I came along, our life was shaped by staying one step ahead of bookmakers, loan sharks, Feds, and local authorities. Our door was constantly being kicked in.”

As a child, Larry had no stability. Fleeing in the middle of the night was common, taking only the possessions they could grab. They moved from coast to coast, and by the 10th grade he had already attended nine schools. Along with it all came abuse from his father.

“As a child,” Larry shared during our interview, “you don’t think of it as abnormal. You just learn to adapt and survive, believing that your home environment is just some version of normal.”

To protect her two sons, his Mother made a bold move. While his father was in a half-way house, she had only hours to pack up the boys and drive West.

“To escape my father and his gambling addiction, her original destination was Las Vegas of all places. The city of ‘my father’s temples’ was one of the places that had banned him, so she knew he wouldn’t dare show his face there.”

However, life intervened to prevent Larry from growing up anywhere near gambling. Mechanical breakdowns, detours and bad weather caused them to backtrack to Houston. “Mom figured Texas didn’t have legalized gambling, plus she had read there were jobs and that others from the Northeast were migrating there.”

One final breakdown left their car stranded in Richardson, Texas. That’s where, in what his mother believes was an act of Divine intervention, they would finally put down roots.

That intervention was a chance meeting that brought them face-to-face with a former neighbor from New York with connections that helped his mother land a job, and also introduced Larry to his first employer. The very next day he began building swimming pools in the hot Texas summer sun.

“Suddenly, I saw clearly how hard work leads directly to having money and getting your life in order. Our family finally had choices. I had never experienced that before.”

As a result of this lesson and his mother’s example of taking action, Larry became very hard working and self-reliant.

Another chance opportunity while working in a women’s shoe store stockroom allowed Larry to prove that he could sell shoes better than anybody on the floor. He immediately set records, but went even further by learning as much as possible about the world of women’s shoes and fashion. Soon he had worked his way into the most exclusive and pricey shoe stores in the city where he made a name for himself. So much so, that his customers would run into him 10 years later and remember him distinctly.

“My advice for young people today is do something to be memorable. You don’t have to be good-looking or well-built or have the best personality. But be passionate about something that makes people remember you.”

This was also the point in life when Larry adopted the saying, “Happy to do it” which became his hallmark motto and the guiding principle across all of his many business ventures.

At the time he was working constantly, even doubling as a part-time bouncer in bars, and to stay in shape, he made time to work out at a local gym.

That’s where he met some seriously overweight people who were struggling to get healthy.

“I knew from my mother’s background that there’s always hope, so I just volunteered to help them. I was happy to help. I wasn’t looking to make money doing it, but I found I had a gift. I was able to inspire people. What better gift in life is there than to be able to touch people’s hearts and minds to do something better for themselves? But they have to want it.”

In addition to hard work, ‘wanting it’ and visualizing the outcome has been the other half of Larry’s formula for success.

“I knew in advance I was going to do everything I’ve done. By the time it happens, I’ve seen it in my head, I’ve already felt it, I’ve already experienced it.

Perhaps what I most admire about Larry North is what he considers to be bigger than business.

“Life itself is bigger than business because it means helping people and having strong relationships. Because of this I’ve never searched for happiness, because happiness is a choice. I was happy in the darkest of times in my life, because I chose to be happy… I wasn’t going to let it get me down. I wasn’t going to let negative people infiltrate my mind.”

To listen to our first podcast with Larry North, click here.

Listen to the Bigger Than Business Podcast’s interview with Larry North on your favorite podcast providers!