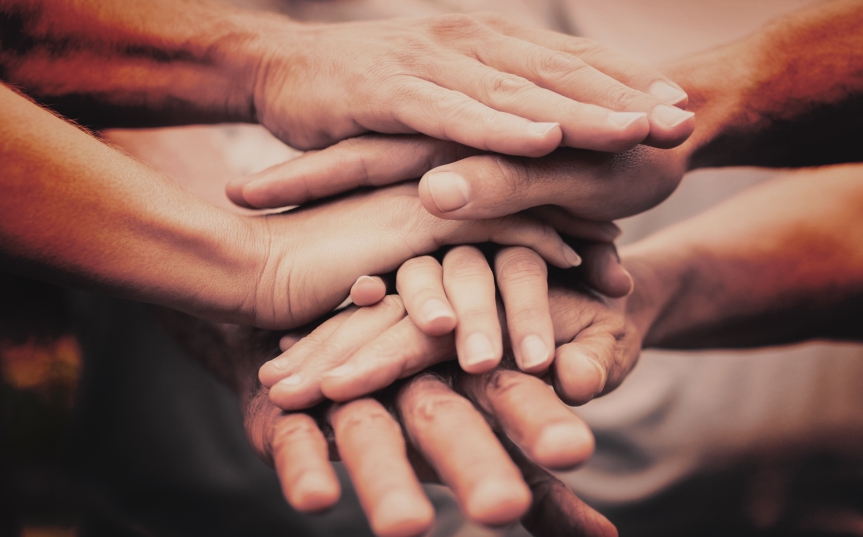 How do you go from a community activist to an industry powerhouse while raising a family AND lifting others into entrepreneurship?

On this episode, John C. Lopez shares how he turned his role in a Latino community economic development program into an opportunity to become an established McDonald’s franchisee before changing tracks in his 50s to become a premiere supplier to the nation’s largest quick-service restaurant system.

Bio:
John C. Lopez is a successful entrepreneur who rose from modest beginnings in Glendale, Ariz., to become owner of four profitable McDonald’s restaurants in Los Angeles before McDonald’s approached him about taking over an Oklahoma City meat processing plant.  John rebranded and renamed the plant Lopez Foods in 1995 to reflect its diverse heritage. John left college after an injury cost him a football scholarship and worked as a banker helping minority business owners raise capital. But he decided to follow his own entrepreneurial dream, which he has passed on to his five children. His three daughters own McDonald’s franchises in Oklahoma, Arkansas, and Texas, and his two sons are executives at Lopez Foods.

His greatest success is his family.  “We enjoy giving advice to our family.  The friendship that we have developed as a family is unbelievable.  Unmistakably the most wonderful thing it can be… we’re all best friends.”

When it comes to entrepreneurship in the marketplace, there’s no place like home

For John C. Lopez, chairman of Suenos Hospitality and past chairman of Lopez Foods, Inc., productivity and purpose as an entrepreneur begins and ends with putting family first. He knew that when he and his wife, Pat, first started their family, well before he entered the world of private business ownership at the seemingly late age of 40 – and he certainly knows it now as some of their children and some grandchildren have followed him into business ownership,

Of course, it takes more than great business ideas to inform the purpose driven life Lopez and his family now leads. It also requires a commitment to the community and to honoring personal heritage.

“It started out with my parents being entrepreneurs with a small grocery store. Their goal was to educate their children so they could improve and get involved in the community. I never forgot that,” Lopez said. “All of the funds they received did not go in their pocket for themselves. A good majority went to build the community in the area we lived in.”

That area was Glendale, Arizona, where John saw their passion for their business, their customer knowledge, and the way they operated. “What impressed me most about my parents was not what they told me. It is what they did. My parents were poor. They were able to successfully work and eventually own a grocery store that required a lot of work and a lot of long hours, of which I was a part.”

John smiled. His early life did little to indicate he was going to achieve what he has today. A college dropout after an injury cost him a football scholarship, John knew a degree was out of the question because he was already married with children. But the work ethic and entrepreneurial bent modeled to him by his parents compelled him to go to work in many areas. One was as a banker, through which he was introduced to a young Latino city councilman and an incredible opportunity.

“His name was Armando DeLeon. He started talking about a new organization that was being formed in the Phoenix area, but was going to be supporting five states that were heavily populated with the Latino community: California, Arizona, New Mexico, Texas, and Colorado,” Lopez said. “I was offered a position with the Southwest Council of La Raza to bring my experiences and knowledge and try to head up an economic development program to allow Latinos to get ahead in work.” They were very successful over John’s 10-year tenure, helping minority business owners raise capital.

From his service with La Raza, Lopez was introduced to the McDonald’s family. They wanted to hire Lopez in their corporate structure, but Lopez instead desired to be a franchisee. He and Pat moved their family of five from Arizona to Los Angeles to open a McDonald’s in the heart of the Latino community downtown.

“We made a decision that Pat was needed at home with the kids. We had five children, from kindergarten all the way through senior in high school. Family was very important to us, so we made the decision that she would keep the books. Our dining room became our office, and many nights Pat would do payroll after everybody went to bed,” Lopez said. “She handled that end of it, the kids, and the household. I spent a lot of time at the restaurant.”

John put in a lot of long hours and weeks getting started, and it has paid off. He became owner of four profitable McDonald’s restaurants in L.A. before McDonald’s approached him about taking over their 180,000-square-foot processing plant in Oklahoma City, Oklahoma, which ultimately became Lopez Foods in the 1990s. Suenos Hospitality was launched a few years later.

Today, John is among the wealthiest Hispanic entrepreneurs in the United States, but far more important to him has been the success of his children. John’s three daughters went on to own McDonald’s franchises in Oklahoma, Arkansas, and Texas, and his two sons went to work and became executives at Lopez Foods, which was named McDonald’s Supplier of the Year, a worldwide award, in 2015. Through their generosity, John and Pat have also helped extended family members succeed in a variety of endeavors from nursing to going to get a college education.

Among the insightful advice John shares to entrepreneurs in my July podcast is to be an eager learner, surround yourself with good people, and cultivate wise financial advisors. “If you plan properly, we have a comment in Spanish that says, ‘Si se puede.’ That means ‘Yes, you can.’” He adds: “It comes back to putting your family first regardless of what you do.”