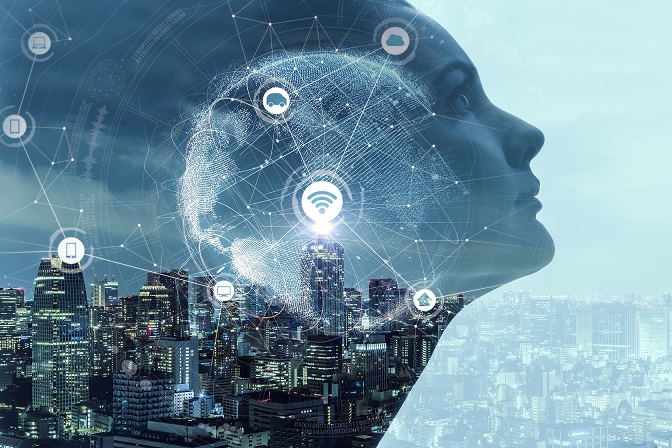 Listen to the Bigger Than Business Podcast’s interview with Valerie Freeman on your favorite podcast providers!

How can following your instincts when presented with the challenges of new strategy, new technology, and inequality in the workplace create an opportunity that transforms the business landscape of a city? How can collaboration take you further than sole pursuits and grow your business exponentially? And how can you take what you’ve built and do even more for others?

Listen as our guest shares with us how she went from a respected teaching career to fearless entrepreneurship, fighting through decades of chauvinism and constantly evolving technology to become one of the most influential women in the state, changing attitudes and providing opportunities for women in Texas and beyond.

Valerie Freeman grew up in Houston, Texas, and became a teacher at El Centro College in Dallas, Texas, where she wrote the first curriculum and taught the first classes that trained people to use word processing technology. In 1982, Valerie started a business called WordTemps to train and place people into technology jobs, which eventually became Imprimis Group. In 1985, she founded the Dallas chapter of the National Association of Women Business Owners. Valerie and three partners started Texas Women’s Ventures in 2005, the first venture firm that invested solely in women-owned businesses, and have just completed their third fund, raising and investing $20M. Valerie also help found ANSERTEAM, a woman-owned national staffing firm. She has been honored as one of the 25 most influential women in business by the Dallas Business Journal, is a Former Girl Scout Woman of Distinction awardee, and received the Athena Award from the Dallas Regional Chamber of Commerce. Valerie has earned places in the Dallas Business Hall of Fame, Tech Titans Hall of Fame, and the Women’s Business Enterprise Hall of Fame.  Valerie has Bachelor’s and Master’s degrees in business education from the University of Houston, and currently lives in Dallas, Texas, with her husband, her college sweetheart.

Building a Ladder Through the Glass Ceiling

Many success stories hinge on the positioning of a business to take advantage of a new trend. When multiple trends arise, it can mean even greater success – but only if one is prepared for how those will converge.

Valerie Freeman managed to tap into three trends in the 1980’s that have changed the face of modern business:

However, she didn’t merely position herself to capture some inevitable revenue stream. She credits three traits for her success: always learning, finding a gap and filling it, and collaborating and sharing credit whenever possible.

Using this approach, Valerie has been recognized for her role in paving the way for many women to find success in business.

Not Much to Lose? Perfect!

At a time when men dominated business, women were vastly underpaid compared to their male counterparts. Working at a local community college, Valerie was teaching a curriculum that she had written herself focused on new office technology, such as word processors. She saw this as an opportunity for women to expand their role in the workplace, but the college bureaucracy meant it wasn’t happening quickly enough.

As a low-paid teacher at the time, rather than seeing this as an obstacle, Valerie recognized there was a need to be filled and viewed it as an opportunity to start her own business.

“I wasn’t making hardly any money teaching,” she states matter-of-factly. “So, I just didn’t see it being that big of a risk. As a teacher, my education prepared me to learn anything and that’s the way I feel about everything that I do. I’m going to go into it, I’m not going to know a lot about it perhaps, and I’m going to learn along the way.”

Not that it came easy.

“Everybody wanted to know about this teacher who started a business,” she says with amusement. “We just really didn’t have much credibility, and people didn’t think we were going to stick with it. We experienced all sorts of the little microaggressions, that I felt from people, both men and women.”

“Back then, of course, everybody was in the same boat,” she recalls. “There were none of the things to support entrepreneurs, including women entrepreneurs. No university classes for entrepreneurship, there were no accelerators, none of that, so we were all there trying to learn together.”

Some of the lessons could only be learned the hard way.

The Gap in Financing for Women Ventures

One week, Valerie was faced with a shortage of funds to meet payroll and learned a critical lesson: the importance of obtaining working capital. This was nearly impossible for women – also a sign of the times. Although she borrowed money under her father-in-law’s name, and did finally obtain a line of credit through the influence of her male CPA, the harrowing incident stuck with her.

Soon she had an opportunity to turn the tables and do something about it. Due to lax banking regulations in the ‘80s, most of the community banks in Texas had failed. The time was now ripe in the early 90’s for one to be established again. This time, Valerie was asked to help organize and launch Resource Bank because of her success in the community.

“I never really had good relationship managers at banks in the beginning,” she recalls, “and so I thought, well, this is my opportunity to really get an inside look at a bank. I was the only woman involved in this group, and just seeing how these guys raise the money and how they go about deploying the money was extremely beneficial, and I wanted to find out about banking regulations. I learned a ton and I really have a different opinion today about the banking world than I did back then. It helped me to understand how to raise money for a company. It also taught me about how bankers look at deals and where their regulations come into play.”

Thanks to that experience, in 2005 Valerie and three partners started the first venture firm that invests solely in women-owned businesses.

“If women want to grow their business,” Valerie advises, “they have to go out and raise money. You have to raise money from outside investors or angel investors. That’s why we started Texas Women Ventures, because women weren’t doing that, they didn’t feel comfortable doing it, they didn’t understand it, and consequently their business didn’t grow as fast.”

The other component that Valerie stresses when she is mentoring women is collaboration.

“Don’t do it on your own,” she advises, “even if you’re starting out in a company, collaborate with all the people there. Don’t try to take it all and make yourself look good, help others, bring others along. I think women are really much more collaborative today than they were back in the day, and it’s great to see that it’s helped a lot of women get to where they are.”

Valerie has unique knowledge and experience, so be sure to listen in to the rest of the interview to learn: