Home  / Podcast Interviews  / Brothers in Business Who Are Collectively Better Together, and Who Have Built a Team That Gives Back (with Anthony Wonderly)

Brothers in Business Who Are Collectively Better Together, and Who Have Built a Team That Gives Back (with Anthony Wonderly) 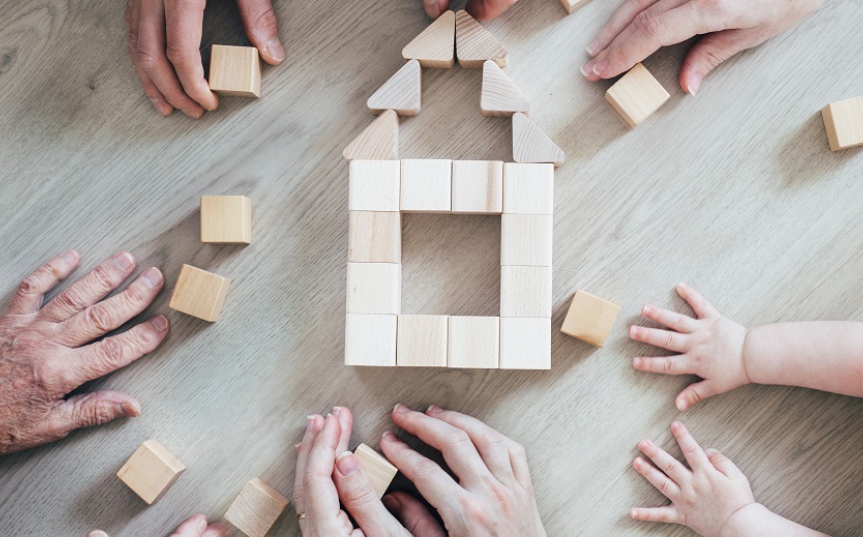 What does it take to grow a $5,000 investment into a multi-state company ranked as one of the best companies to work for on local, state, and national levels?

Anthony Wonderly was only 18 years old when he made his first investment into real estate with his brother, Chandler. Today, Olympus Properties spans 10 states and has just under 500 team members – all of whom are treated by the Wonderlys as family. In fact, at Olympus, the phrase “Corporate Takeover” means the top execs come and do YOUR job for week! Listen in as Anthony describes how he and Chandler grew their business while navigating their roles as business partners and brothers, and how they built a team that gives back to their communities while staying ahead of the curve in their industry.

Bio:
Anthony Wonderly co-founded Olympus Properties with his brother, Chandler, in 1992, and the company has become a successful and recognized name in the multifamily industry with over 17,000 units operated across 10 states. Anthony is a California native who, after moving to Texas, served as President of the Tarrant County Apartment Association and was named in the Fort Worth 40 Under 40 in 2013. Anthony and his wife, Angela, have two children.

He started working at age nine, going door-to-door and asking people if he could paint their address on the street curb in front of their home. Just nine years later, Anthony Wonderly and his brother, Chandler, each put $5,000 down on their first real estate investment. Since then, they haven’t looked back – taking the entrepreneurship learned from their parents to rule the multifamily real estate marketplace as business owners whose purpose, productivity, and strategic leadership are driven by a culture of hard work, fun, and family.

Anthony and Chandler are cofounders of Olympus Properties, headquartered in Ft. Worth, Texas. They started in 1992 with the intent to become leaders in the multifamily real estate business. They are known for integrity as well as their commitment to excellence in serving their residents, employees, and investors. “It is as simple as my brother had read an article in the newspaper about how to become rich, and it said to invest in real estate. We both had always worked and had saved up money over time. We bought a little triplex in our hometown of Bakersfield, California,” Anthony said. He was 18 and Chandler was 21 at the time. “Even from a young age, we both had ideas of trying to build wealth and save money.”

As they went to work to improve the property, they also set off to college, Anthony at the University of Texas at Arlington and Chandler at Georgetown. “We used our dad as free labor at the time to go knock on doors and collect rent for us. We couldn’t afford to hire anyone else to help us.”

Today, Anthony and his brother employ their dad, along with about 5,000 other team members who help to run around 18,000 rental units in 10 different states throughout the country. “After college, my brother went to work for Prudential and became a financial analyst with them,” Anthony said. “He realized that multifamily and real estate was a great investment. We both had talked about trying to grow our business, and we were able to buy some additional communities in California.”

Chandler quit his full-time job in 1997 to focus solely on Olympus Properties, and Anthony did the same in 2002. “At that time, we were selling some of the real estate assets in California, and we started purchasing additional communities in Texas. That’s where we really grew the company,” Anthony said. “For 2019, we were just awarded the second best multifamily company to work for in the country, which was a huge honor for us.”

Anthony says he and his brother make great business partners. “My brother is the financial analyst. He is always looking for an opportunity for us. I have always been a pretty good people person and also a good operator, from the multiple capital construction projects, to the infrastructure, to building the teams and the company culture,” Anthony said. “We can disagree, but at the end of the day we are still blood. It has helped us have good camaraderie and banter to push each other on. We have fun. We giggle. We joke. We try to run Olympus today with the same feeling of family and culture and fun.”

In my interview with Anthony in my next podcast, he’ll talk about how every team member is respected, involved, and heard in that culture, as well as discuss the ways they nurture fun through special events from educational conferences to holiday parties and even bowling events and concerts. Anthony and his brother travel to their sites regularly so that everyone can “feel every bit of our culture as if our corporate office is right down the street from them. We don’t want anyone in the company to feel like they are out on an island.”

Anthony will also share what he’d do differently if he could do it all over again, and what he learned growing up that has shaped who he is today. Finally, he’ll reveal how their decision to take on private investors really helped their company flourish and grow.

What is bigger than business for Anthony Wonderly? “We want to be the company that shows up at one of the apartment association national events the other companies are pointing at, saying, ‘We want to be over there. They are having fun and getting it done right.’ Besides the company, it is putting my family first, making sure I am making my wife and kids a priority.”