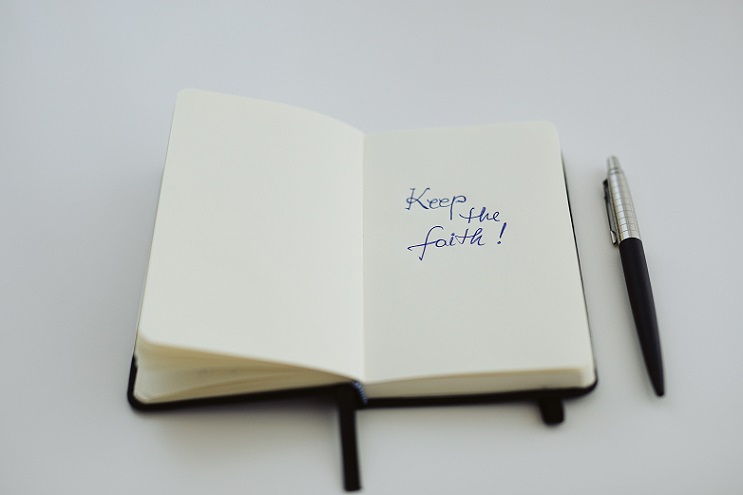 Listen to the Bigger Than Business Podcast’s interview with Larry Bell on your favorite podcast providers!

How can being involved in organizations during your youth prepare you for unexpected events in your business future? Where do you turn for advice when you feel overwhelmed by responsibility, and you are having to learn as you go? And when personal tragedy strikes, how can the planning of one individual transform entire communities?

Listen as our guest shares with us how he helped a family empire weather the storms of state and global downturns through the decades, and how a parent’s worst nightmare transformed into a legacy that fulfills the dreams of others in remote areas of the globe.

Larry Bell started out as a young CPA from New Mexico before he moved to Texas when he married Ellen, who was part of a well-known ranching family. Together, Ellen and Larry own Parks Bell Ranch and Kalpowar Quarter Horses. Larry serves as president and board member of the Amy Bell Charities, as well as the Ellen and Larry Bell Foundation. He also serves or has served on numerous boards, and he has held officer positions for other foundations and organizations, including the Beal Foundation, the National Reined Cow Horse Association, Big Brothers Big Sisters, the Arthritis Foundation, Boys Club, First Presbyterian Church Midland, and the American Quarter Horse Association Foundation Council. Larry was inducted into the NRCHA Hall of Merit in 2017, and he has won several awards. Larry and Ellen just celebrated their 50th wedding anniversary and split their time between the ranch in Parker County and a home in Fort Worth, Texas. They have three children, Matthew, Brian, and Amy, and four grandchildren.

The Key To Managing Inherited Businesses

Intending to follow the career path of a CPA in his twenties, Larry Bell was not fully prepared to take over the reigns of a far-ranging business portfolio just two years after marrying into the family. Yet when the family member overseeing all of this became ill and died, this was precisely the role he was asked to fill.

50 years later, he can point back at three factors that allowed him to succeed and navigate tremendous business and personal difficulties, including the loss of their daughter and overseeing a worldwide organization in her honor.

Establishing Trust and Credibility with the Family.
Having limited background in oil and cattle, Larry was fascinated by the depth and complexity of the holdings of his new in-laws.

“It included several large ranches: one in Midland/Odessa, one in the Texas panhandle, a very large ranch in Northeast New Mexico, and a large cattle station in Australia. Then there were multiple oil and gas interests in numerous counties in Texas, Oklahoma, New Mexico, Colorado and a few other states. They also had a small real estate development company in Midland and several commercial properties. Plus, the usual stock and bond portfolios. All of which was organized into multiple family partnerships and trusts.”

As complex as all that may sound, the cornerstone of Larry’s success in managing and advancing all of this over the decades begins with the fact that the family was warm, welcoming and trusting of Larry from the very beginning.

“My father-in-law, Bill, was very open about discussing his businesses and its challenges – staffing issues, moving cattle from one part of the world to the other, and traveling back and forth to Australia. That all laid a wonderful groundwork for me to be able to take on some of those responsibilities when the time came.”

“I know today,” Larry reflects, “that I had been prepared in some very special ways before I ever went to work for Harriet and Bill. I had the good fortune to be involved through my accounting office of handling the estates of some fairly large clients who passed away. Like so many folks in West Texas, their interests included ranching and land.”

Tapping into Existing Relationships and Goodwill.
Another important factor was how the family subtly passed the baton of responsibility in the eyes of the community and industry. Larry was given the benefit of gaining access to the family’s mentors and contacts.

“Bill was on the bank board there in Midland, and I got to know all of his banking relationships in the Trust Department, his lawyer, his accountant, all the people who were close to him. I got to know them and build my own relationship with them.”

That was partly because Larry was already doing well in his CPA career and was one of the main people in his accounting office looking after real estate interests, construction, property management, and land development.

“I knew the nomenclature and the technology, how that all tied into financial reporting and operations and budgeting. I was fortunate to have a really good reputation with my clients who were significant and important people in the community, and when they were saying kind things about me that helped give me some credibility. So, it all worked together for good, as we say.”

Trust in God when the Going Gets Rough
Then came the late 1980’s that brought bank failures, tightened capital markets, and oil plunging from $40 down to $9.

“The cashflow crunch was hurting our commercial tenants as much as our oil and gas revenues, and yet cattle have to be fed every day,” Larry recounts. “I would spend all morning organizing cashflow forecasts and what to sell to generate money and move it around. Then by afternoon the lawyers and lenders were calling and I would have to try and figure out how to avoid catastrophe on the lending side.”

Challenging days quickly turned into sleepless nights, one of which led to a profound insight.

“One night at 2:00 a.m.,” Larry shares, “I was in my study and happened to notice I had three Bibles on the shelf, which struck me because they would normally be in my library. So, I opened one up to Psalm 23, which had always been my mother’s favorite verse.

“In reading that I saw, you know what, I thought cash flow and my business and my assets were going to save me. What I realized at that moment is I had made my company my God. I looked to it for everything. I trusted it for everything. I had built it, and I had this incredible relationship with it and all the people that went with it, and that somehow, if I just worked hard enough and stayed after it and continued to focus on it, then I’d figure a way to get out of this. That night, I realized that my Lord and Savior was going to help me through this and not my company.

“That’s when I took my focus off of balance sheets and income statements, and staffing realignments, and sales contracts, and started focusing on my relationship with the Lord and Savior.”

The Strength to Handle Difficulties
That one sleepless night in his study, and the shift in focus that it fostered, has been instrumental in Larry’s ability to handle other life-changing challenges as well.

Listen to the full interview to hear how this shift helped Larry and Ellen deal with:
• Equitably dividing up the family assets among siblings.
• The devastating loss of their daughter Amy in 2014.
• The founding of Amy Bell Charities to honor and continue her life-changing work worldwide.

It’s a fascinating and moving story you won’t want to miss.